Once you have been given the diagnosis of fibromyalgia, you may be interested in what treatments are available. Because no one knows the exact cause of the disease, the treatments are completely empirical, based on what seems to help the symptoms and what makes sufferers feel better.

Many medications have been tried and are in use for the management of fibromyalgia symptoms, including sleeping medication, medications for pain, and antidepressant medications.

Some medications directly address the pain of fibromyalgia while others improve the mood-related symptoms or help you sleep. You may have to try several different medications with your doctor’s advice in order to find a single medication or combination of medications that help manage the symptoms. 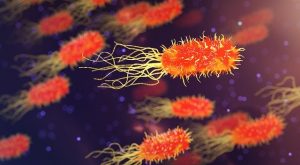 Medications that have been tried and used successfully in some fibromyalgia patients include the following:

Acetaminophen has fewer side effects when compared to taking NSAID therapy but it cannot be taken safely by those who suffer from liver disease. In addition, if you take more than the recommended amount of acetaminophen, you run the risk of causing liver damage.