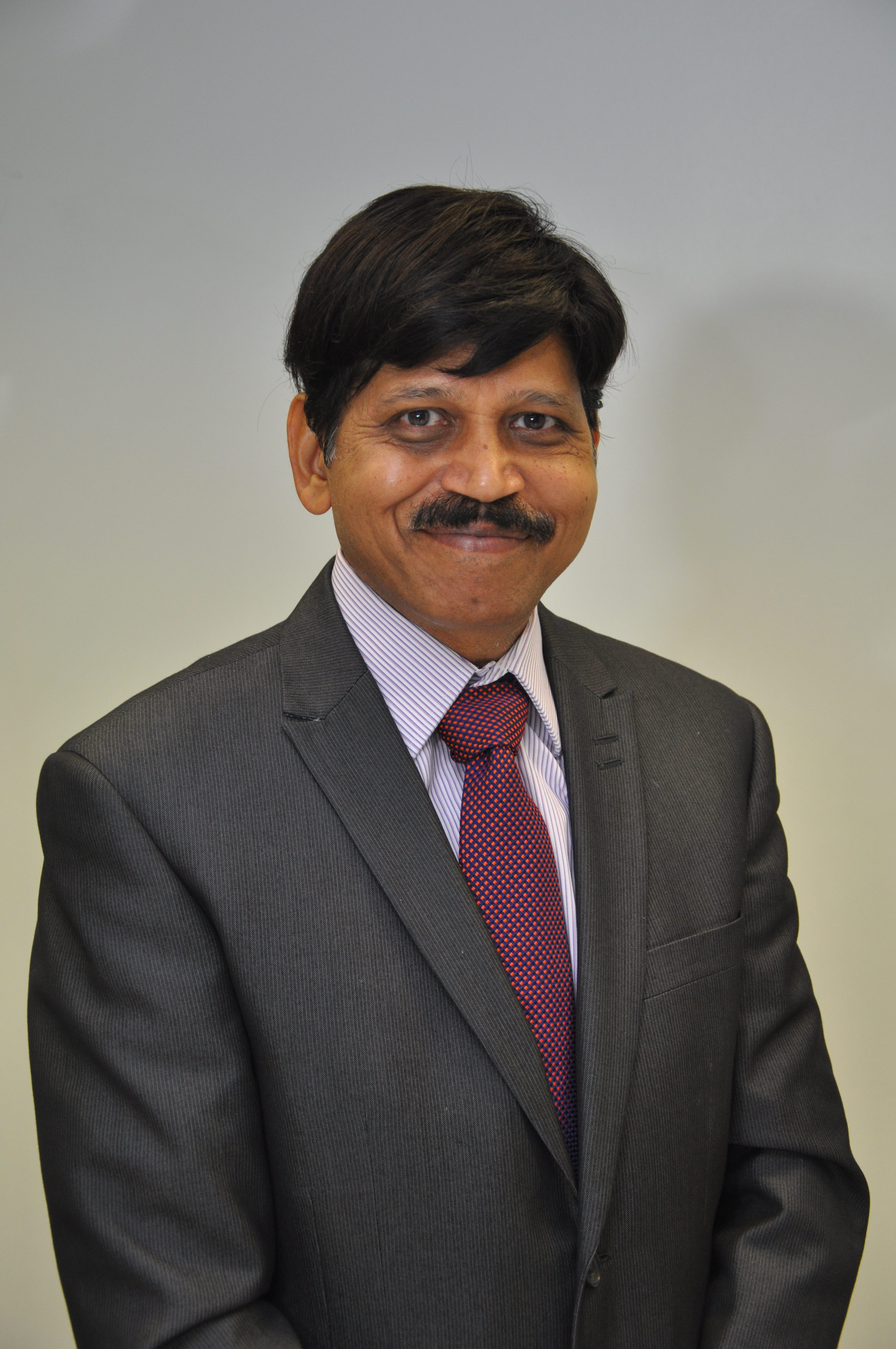 Dr Rajeev Gupta is Medically Qualified Consultant in National Health Service but has done Triple Accredited MBA, Qualification in Executive and Corporate Coaching and Emotional Intelligence due to his wide interests outside medicine. He is a Business Coach for variety of organisations and a &nbsp;Business Consultant for a variety of small, medium and large businesses. He has written a book &ldquo;Business use of Emotional Intelligence&rdquo; catalyst for innovation and conversion of idea into action. He does RG 3D Coaching which is a 3 Dimensional Coaching motivating people from inside and stimulating the ability to set and achieve goals. Getting you from where you are now to where you want to be is right at the heart of RG 3D coaching. You will unlock your motivation and start making smart decisions and setting goals. You&rsquo;ll envision your success more clearly Take action to get what you want. Learn the art of creating specific and measurable goals. Figure out what you want and the steps to get you there. Overcome procrastination. Achieve your dreams. Dr Gupta is a Motivational Speaker and accomplished coach who can help achieve your goals today. He will help you overcome common motivation killers like: Procrastination Unclear or shifting goals Lack of encouragement Fear of failing will be replaced by enthusiasm for action. Setbacks will become learning opportunities and not reasons to quit. One of the most powerful parts of &quot;RG 3D &nbsp;coaching&quot; is the support and encouragement it offers you. You&rsquo;ll discover that it helps you to develop yourself and pursue your goals. He will empower you to believe in yourself and achieve your goals through various techniques. You don&rsquo;t have to always set aside your dreams. Motivational coaching shows you how to weigh the pros and cons and make a decision. Until you make choices, motivation is hard to maintain. Once your decisions are made, then you set goals and enter the planning phase. With Dr Gupta&#39;s help you create your plan, you&rsquo;ll break big tasks into small steps so you can always make progress. This is very important to boost your motivation. Each step forward is a huge reward. Rajeev Gupta teaches you how to find your motivation for the rest of your life. You&rsquo;ll learn how to make decisions and plan. You&rsquo;ll pursue the benefits of success instead of focusing on the difficulties of getting there. Connecting with your inner motivation will reward you for years to come. This is the foundation of success.

4. Best Teacher and firm of the year award 2006, Medical Society,University of Sheffield

5. HEART Award March 2010 for outstanding personal achievement in field of clinical leadership and clinical medicine. The award is judged for Helpfulness, Excellence, Achievement, Resourcefulness and Talent

9. HEART Award June 2012 for team on Together We Make It Better.

Dr Rajeev Gupta is a man of many talents. He has multiple qualifications and vast experience in the field of medicine, business coaching, emotional intelligence, marketing and international business. He can help you improve at a personal level and also at the corporate level. Just get in touch with us

Emotional intelligence – it seems that everyone is talking about it these days – but what exactly is it? Well, have you ever tried to lose weight but found it difficult to control cravings? Had a bad day at work but taken it out on your partner? Or ever found it difficult to manage stress?

Effective communication is one of the most important life skills we can learn—yet one we don’t usually put a lot of effort into. Whether you want to have better conversations in your social life or get your ideas across better at work.

What skills do leaders need to learn to be successful, effective leaders? Before I give my answer to these questions, lets just remember that some people believe that leaders are born, not made. Others believe that qualities are more important than skills – that followers will follow a leader with the right leadership attributes

Whether you are a team leader, a team member, or an executive that manages multiple teams, we have a team building workshop to help you improve team skills for success. The dynamics to build a successful team are full of challenges that range from poor communication to lack of focus on goals to individual conflicts.

Body language is just one part of non-verbal communication, although it is a pretty big part! It can cover movements made in the face, both overt and micro-expressions, touching parts of your body with your hands, eye contact, posture, gait, limb actions, hand gestures, and a whole lot more.

We’ve co-organised dozens of innovations sessions for large corporates. The driver to set up a large scale workshops could be very different depending on the company and context. Depending on this goal we would focus more on training of new tools or the quality of the final business concepts.

Executive & Corporate Coaching. Whatever your business and wherever you are located in the world, when you work with an ICF trained professional coach you’ll benefit from leadership and executive coaching at its very best. Our aim is to transform, extend and develop your leaders.

Group Coaching is increasing in popularity for coaches and clients. Jennifer explains what it is, the benefits, key considerations and what it looks like!

Stress management is a wide spectrum of techniques and psychotherapies aimed at controlling a person’s level of stress, especially chronic stress, usually for the purpose of improving everyday functioning.

Need to increase your Emotional Intelligence? Attend One Of Our Groundbreaking Webinars!Webinars are a great low-cost way to conveniently bring learning concepts from the national stage to your desktop or mobile device.

Emotional intelligence (EQ) is the ability to identify, use, understand, and manage your own emotions in positive ways to relieve stress, communicate effectively, empathize with others, overcome challenges and defuse conflict.

Promotion, as a general term, includes all the ways available to make a product and/or service known to and available to purchase by customers. The word promotion is also used specifically to refer to a particular activity that is intended topromote the business, product or service.

Marketing Advice& Consultation. Real world experience on your squad. If you’re looking to enter a new marketplace; launch a new product or service; increase your market share or fight off the competition, we can help. We bring over twenty years of proven experience to your team.

Have you ever wanted to create a promotional video? Video content, after all, can be used in so many ways, from social media posts and advertisements to emails and marketing sites. But how do you go from “wanting to create a video” to actually scripting and producing one? Seems complicated, right? Affordable Promotional Video Production Services For Corporates, […]

Healthcare organizations need visionary leaders who can inspire and develop employees, build and mend relationships effectively, lead and motivate teams, and engage in participativemanagement. Today we are going to talk about how to coach clinical teams to improve their performance.

Health Management. Whether you’re looking for a Diploma in Health Studies or specific courses in diet and nutrition, Alison’s free, online healthcare management courses will deliver your training needs. Studying Health Management. Health management refers to the process of organising and coordinating the performance of a healthcare facility.

Read More
See all our services

Dr Gupta has coached many individuals and teams in personal and business settings. He has worked in NHS and has done innovation projects and done coaching of doctors. He Has written many books including the popular on "Business use of Emotional Intelligence"
0 Coaching
0
Conference Talks
0
Team Coaching
0
Books written

Emotional intelligence (EI) is the capability of individuals to recognize their own emotions and those of others, discern between different feelings and label them appropriately, use emotional information to guide thinking and behavior, and manage and/or adjust emotions to adapt to environments or achieve one's goal(s).

Although the term first appeared in a 1964 paper by Michael Beldoch, it gained popularity in the 1995 book by that title, written by the author, and science journalist Daniel Goleman. Since this time, Goleman's 1995 analysis of EI has been criticized within the scientific community, despite prolific reports of its usefulness in the popular press.

The ability to convey information to another effectively and efficiently. Business managers with good verbal, non verbal and written communication skills help facilitate the sharing of information between people within a company for its commercial benefit.

Strategy and tactics are two different things. ... Strategy refers to a direction toward a goal. Tactics are the actions taken to support that strategy. Most businesses deal with five types of strategy and the tactics used to achieve strategic goals: product, pricing, marketing, operational and financial strategies.

Weight management is a long-term approach to a healthy lifestyle. It includes a balance of healthy eating and physical exercise to equate energy expenditure and energy intake. Developing healthy eating habits while using tips that will keep us fuller longer can be useful tools in weight management. 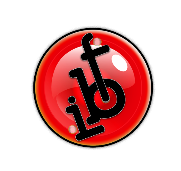 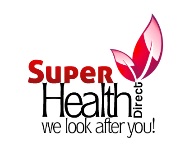 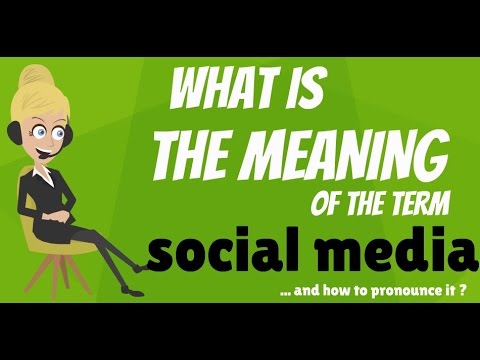 social media are computer interceded tools that allow people or companies to create share or exchange information career interests the suggestions and videos/ videos in virtual communities and structures social media is defined as a group of internet-based employments that build on the ideological and technological foundations of web 2.0 and that allow the creation […] 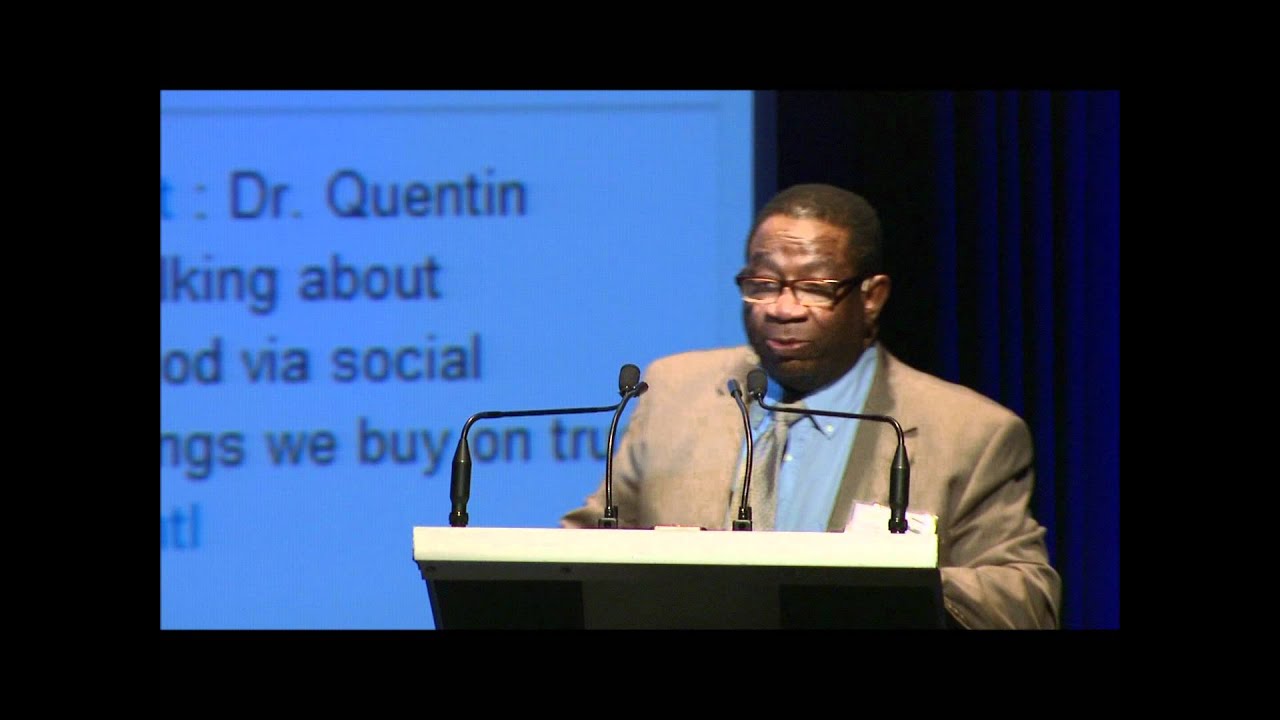 – good evening I’m going to talk about a thought that may you may not know very much about, but I promise you by the time I get to them. My presentation, you’ll, be affected by what I’m talking about. We’ve been talking about social networks the working day. You’re very well known these icons […] 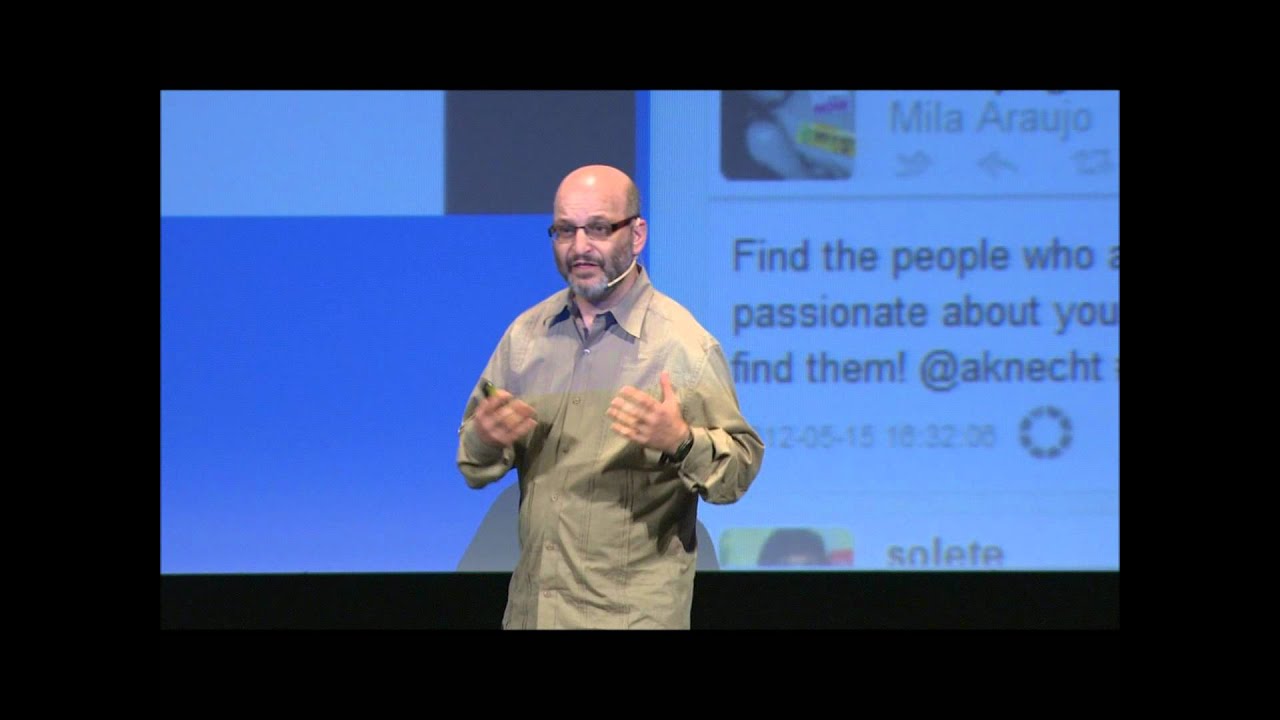 Social Marketing : How To Measure a Social Media Fire #140MTL

Introduce Alan our next talker, so the topic they asked me to come and speak about tonight is quantifying your social burn. Now, in some way i bid i was one of the earlier loudspeakers this morning , not because you guys are a little bit tired and you know it’s late in the working […]

See all our news 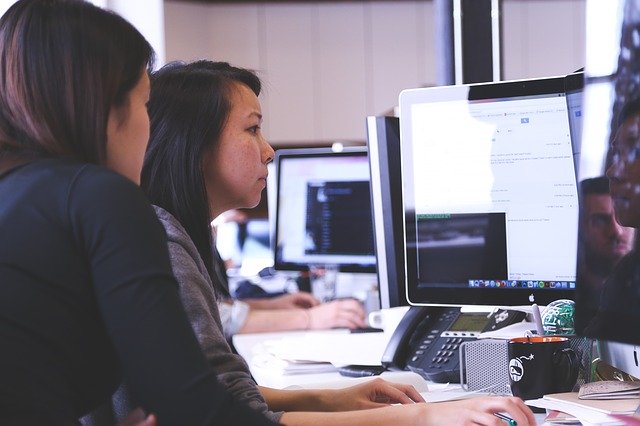 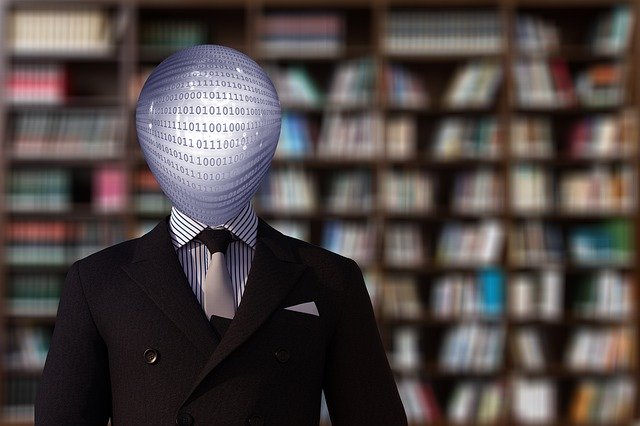 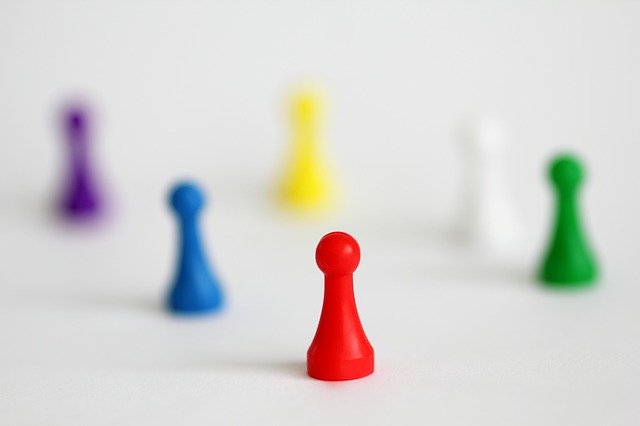 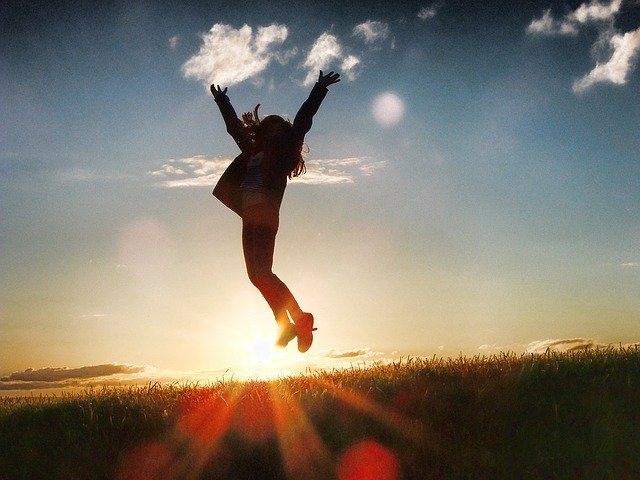 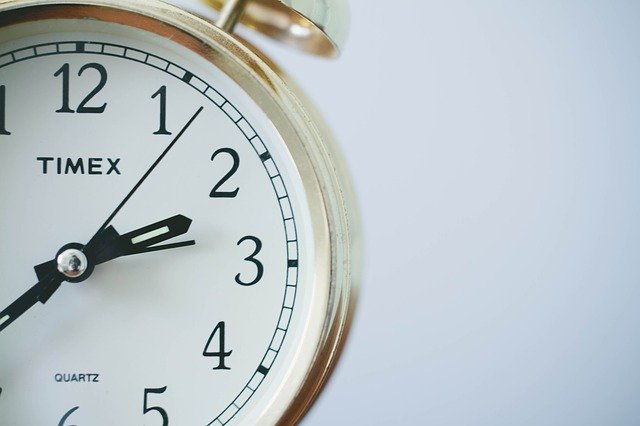 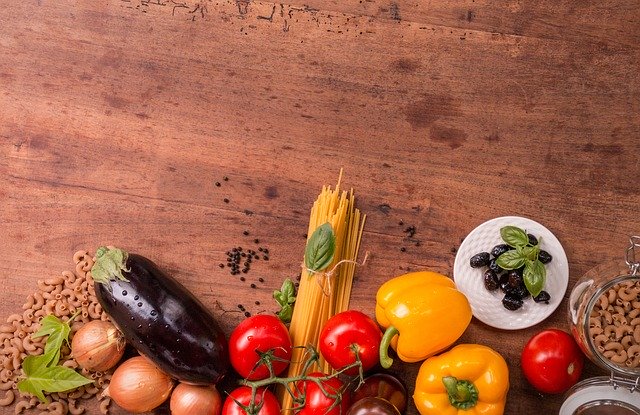 Important
This site makes use of cookies which may contain tracking information about visitors. By continuing to browse this site you agree to our use of cookies.